A common mistake made in drawing organic compounds is exceeding the valency of a carbon atom: 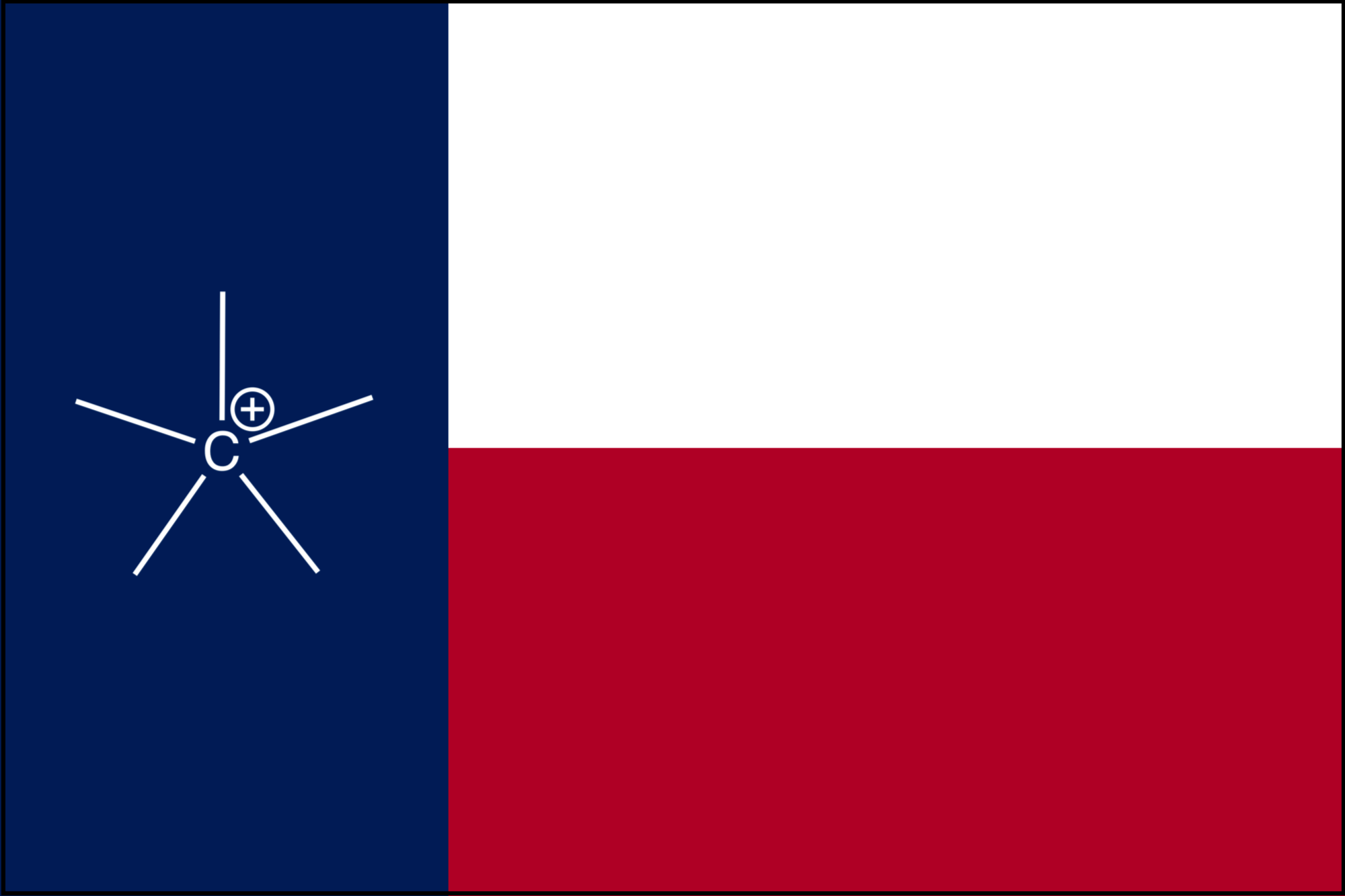 Either because the Texas star has five points or because everything is bigger in Texas.. Formally, they are known as pentavalent carbons.

It turns out that well-formed pentavalent carbons are much more frequent than an organic chemistry class may have you believe.

Ethanium (​) is a protonated ethane derivative, also hosting a pentavalent carbon. Ethanium is interesting partly because it is prepared using methanium:

and partly because it easily dissociates into ethenium, which also has pentavalent carbons:

In practice, pentavalent acids are formed as intermediate species and during thermal crackingPer a DOE report, page 8..

Both B and C

Yamamotoa's and Akibab's 2004 Synthesis of Hypervalent Pentavalent Carbon and Boron Compounds describes the characteristics of larger pentavalent compounds. It appears (somewhat expectedly) that bonds to well-charged, larger-size atoms like those in Group 15 and 16 help stabilize pentavalent carbon and boron.

The bond angle of the emphasized ​ is ​, more than the ​ expected for a star-shaped pentavalency, and likely explained by the distance of the oxygens from the carbon.

Yes! One is stable methanium, which we have already seen. Another is ​, which is predicted to be planar and possible to prepare experimentally in the gas phase. Grande-Aztatzi et al. predict the lithium cluster derivatives ​ to also be planar. Both of these form beautiful five-point shapes.

Pentavalent carbons are one of those ideas most of us won't deal with very often. But I think unique patterns like these are worth knowing, at least for the sake of knowing.