The Case of the Missing Alcohol Proton

For reasons soon to be mentioned, I thought my attempt at this reaction had failed miserably, and so I decided to accept and forget. But a few days later I examined my experimental data - where I expected an alcohol proton in my NMR, there was none to be found!

The oxidation was performed via fractional distillation, with 2-butanone expected to distill in the 77-85°C range. I used 2.5mL butanol as my limiting reagent, and anticipated a modest ~2mL crude distillate.

I collected less than 0.5mL. Perhaps my setup was just very low-yielding? I ran an IR and submitted an NMR sample. The IR suggested the collected "product" was almost entirely 2-butanol. I decided to run the experiment again, double-checking each step of the procedure.

Again, less than 0.5mL product was collected. I sighed, and st-

What the hell? Gas was evolving from my apparatus! Turns out, the distillation head had a small hole at the bottom of its thermometer jointLikely from someone attaching a thermometer too violently.. This explained the lack of product, but this time I could not run the reaction again - less than an hour remained in the lab period, there were no spare distillation heads, and I would still have to purify my product and collecting a melting point.

I cleaned up and headed out, forgetting to retract my bad NMR sample.

A couple days later, I received the NMR spectra for my submitted product, which I knew was actually 2-butanol. And that's when it got interesting.


Do you see it? Almost every hydrogen is accounted for - the signals at `2.14`ppm and `1.06`ppm correspond to the molecule's methyl groups, at `1.70`ppm is the hydrogen adjacent the alcoholThis proton should actually be further downfield.

, and at `2.45`ppm are the protons of the third carbonThe minute rise at 7.27 is the solvent, CDCl3. - but the alcohol proton is missing!

So where did it go? An argument could be made that the NMR sample was impure, producing a bad spectra. While this may be true, even in a poor spectrum one can expect the protons of the sample to have at least a small presence 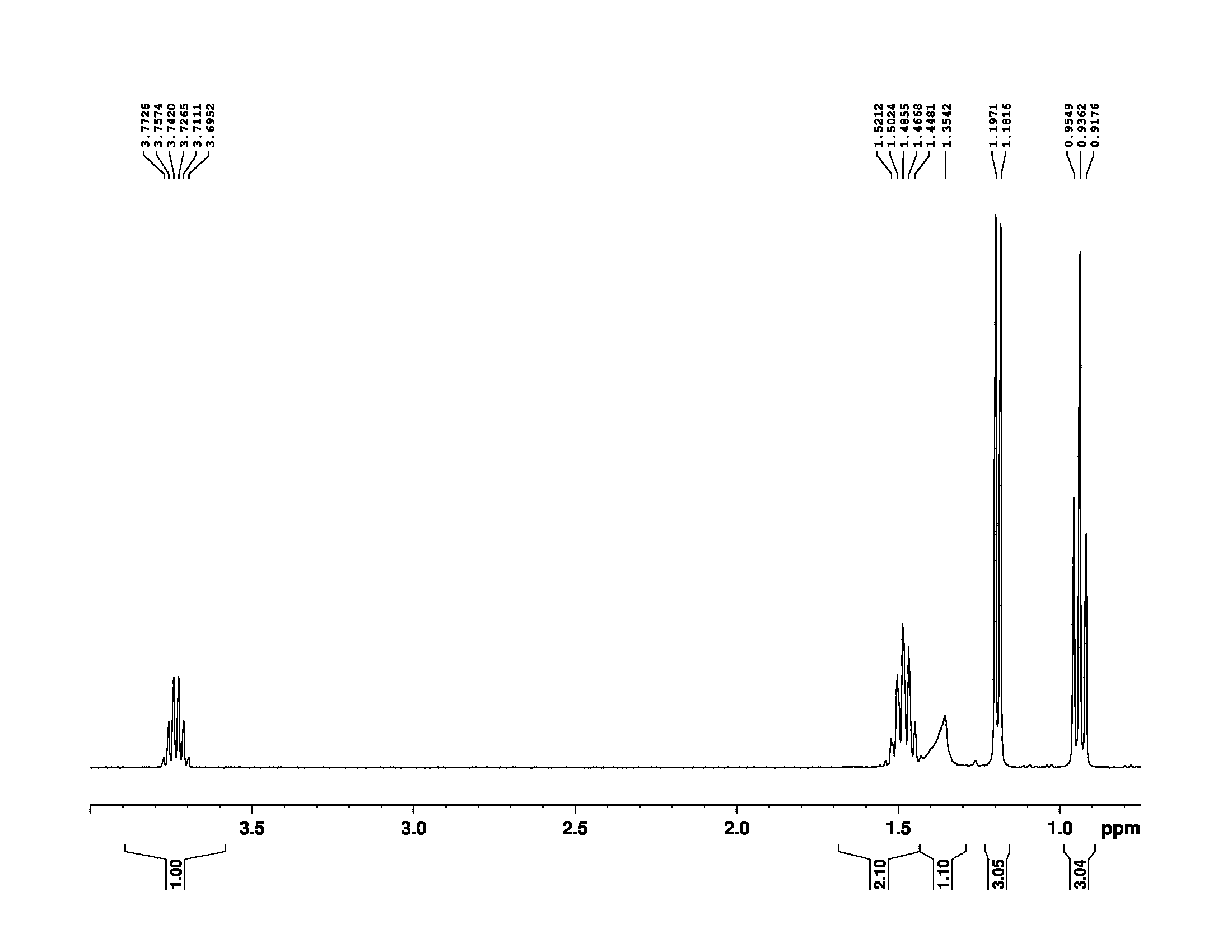 For completeness, here is a spectrum of pure 2-butanol..

In fact, there is a far more interesting solution this puzzle.

The alcohol group of 2-butanol is susceptible to hydrogen bonding, but hydrogen bonds are dynamic and constantly changing. This produces a fairly large variability in electron density around the alcohol proton, leading to a broad range of potential chemical shiftsThis type of behavior extends to most functional groups exhibiting hydrogen or other dynamic bonding, including amines. (roughly between 2 and 5 ppm).

It may seems crazy, but this suggests that the alcohol proton is really just hidden amongst the doublet or triplet at 2.45ppm and 2.14ppm, respectively. At least, that's my best theoryIf you know of a better one, please let me know., and it blows my mind.